The explicit language of the ADA prohibits employers from denying jobs or benefits to individuals because of a known disability the individual has or because the individual is known to associate or have a relationship with another person who has a disability. In an associational discrimination disability case, plaintiffs must prove, among other elements, that an adverse employment decision was made “under circumstances” which allows an inference that the disability of a relative or associate caused the employer’s decision. One way to show this is by establishing distraction evidence. A plaintiff can show distraction with evidence that the employer was motivated to take action against the employee out of fear that the employee will not pay attention at work because of the disability of a disabled person.

In Kelleher v. Fred A. Cook, Inc., the plaintiff-employee worked as a laborer. Just months after starting work, the employee’s daughter was born with a neurological disorder. Later the next year, the employee told his supervisor about his daughter’s condition and that because of the condition, on occasion he would need to rush home to care for her. The employee alleged that after this disclosure, his work conditions deteriorated. For example, his work location changed and his coworkers were offered assignments at higher wages than he was assigned.

At or about the same time, the employee was told that he could not leave work immediately at the end of his shifts because he had to stay for emergencies. The employee asked to work 8 hour shifts for a short time to address his daughter’s medical condition. In response, supervisors allegedly told him, “his problems at home were not the company’s problems.”

The following day, the employee’s daughter suffered a serious seizure and was treated at a hospital. The employee told the company he could not work the next day because of the situation. When he returned to work, he learned he had been demoted.

The employee sued the company alleging his termination violated the ADA. The trial court disagreed and dismissed the case, ruling the termination was because of a fear of distraction, but rather because he was unable to work the entire day. The employee appealed.

The appellate court reviewed two parts of the employee’s disability discrimination case which overlapped; whether the plaintiff was qualified for his job and whether the absenteeism was a legitimate justification for the termination.

Moreover, along with the statement about problems at home, the Court determined that the demotion following shortly after missing a day of work to take care of his daughter adequately plead that the employer’s actions were motivated based on the employee’s association with his disabled daughter.

The Kelleher case makes clear that employers are not required to accommodate an employee because of the employee’s association with a disabled person (though the FMLA and other state statutes may provide protections for such issues). But, the case also makes clear that employers cannot make employment decisions out of fear that an employee’s association with a disabled person may cause them to miss some work or minimally violate workplace rules.

If you have questions about the disability discrimination, associational discrimination, the ADA, or FMLA, contact a Long Island employment lawyer. Our telephone number is 631-352-0050. 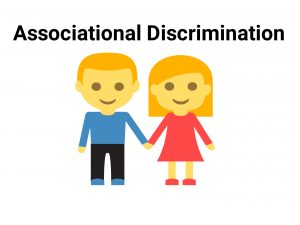 Associational Discrimination under the ADA