The relationship at issue must be very close. For instance, a husband and wife, parent and child, and brother and sister (or other siblings), have all been determined to be close enough so as to constitute a constitutionally protected familial relationship. Two longtime childhood friends, however, are not constitutionally protected as an intimate association, even if those friends consider themselves so close as to constitute a de facto family.

First Amendment intimate association claims are frequently brought in the context of employment cases where two employees are married or are otherwise closely related, and also work for the same government employer. For example, if a husband and wife both work for the same police department and the husband exercises free speech rights in the workplace (meaning the husband has spoken as a citizen on a matter of public concern), then the employer violates the First Amendment if it took an adverse employment action against the wife in order to retaliate against the husband.

The First Amendment is not the only amendment which provides protection for intimate associations. The Fourteenth Amendment also protects close familial relationships under its substantive due process provisions. Like the First Amendment, the Fourteenth Amendment similarly protects only close family relationships such as husband and wife, parents-children, and siblings. It has long been settled that the conduct at issue must be shocking, arbitrary, and egregious. This high standard meant that only the worst and intentional government conduct would give rise to an intimate association claim.

But, an open question in New York was whether the government’s action must be intended to target the familial relationship, or whether the interference could be incidental. In Gorman v. Rensselaer County, New York’s federal appellate court, the Second Circuit Court of Appeals, settled the question.  The Second Circuit held that the government’s conduct must indeed intentionally interfere with the relationship at issue.  The decision relied on other cases noting that due process is implicated only by deliberate decisions of government officials. The circuit emphasized that indirect and incidental conduct cannot give rise to a due process intimate association claim.  First Amendment intimate association claims, however, continue to be analyzed the same and do not require a showing of intentional interference.

The constitution is not the only law which protects relationships, particularly in the employment context. Title VII and other anti-discrimination laws, have been held to protect zones of interest, meaning that an employer can discriminate or retaliate against an individual by taking action against another employee who is sufficiently close to the employee. Again, a common example would be retaliating against a husband because the wife complained about unlawful discrimination. State laws also explicitly prohibit workplace discrimination based on familial status.

If you have questions about intimate association claims, the First Amendment, the Fourteenth Amendment, or the Gorman case, contact a Long Island civil rights lawyer or employment lawyer at Famighetti & Weinick PLLC at 631-352-0050. 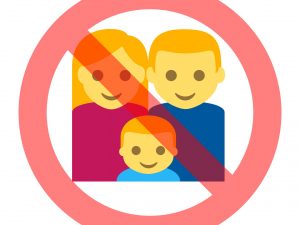