A jury verdict is often the goal of parties involved in an employment discrimination court case. But, many times, a jury verdict is not the end of the litigation. Indeed, a party unhappy with the outcome may appeal to an appellate court. This is what happened after Effat Emamian won a jury award of $250,000 for back pay and $2,000,000 for emotional damages. Today’s Long Island employment law blog discusses what happened next at the Court of Appeals.

Emamian worked for Rockefeller University. She alleged that she was subjected to inferior treatment by coworkers during the course of her employment. Comments made by coworkers suggested that the poor treatment was based on Emamian’s race, national origin, religion, and sex. Emamian alleged that hostile treatment directed at her caused her extreme emotional distress, to the extent that she could not leave the house, and she developed emotional disorders. Ultimately, the University denied her a reappointment to her position, thus her employment was ended.

After the verdict, the University argued, among other things, that the $2,000,000 emotional distress award was excessive. The court ruled that the award was not in line with other cases so the plaintiff must either accept an award of $200,000 or have a new trial on emotional damages. The plaintiff accepted a judgment for the $200,000.

In Emamian’s case, the court did not instruct the jury to consider punitive damages, even though the plaintiff asked the court to give those instructions via proposed jury instructions. The plaintiff argued to the appellate court that this omission was error. The Second Circuit disagreed.

First, the Second Circuit relied on procedure. The Court said that an objection to a jury instruction is not preserved simply because it was made in a proposed jury instruction. A party must make the objection on the record. This is a critical learning point for trial lawyers.

But second, the Appellate Court ruled that even the plaintiff had made an objection, it would not have mattered because punitive damages were not appropriate in Emamian’s case. The Court found “sparse” evidence of any basis for an award of punitive damages. Further, the Court determined that the emotional damage award fully compensated the plaintiff for the treatment to which she was subjected. In sum, the Emamian case reminds employment discrimination plaintiffs that to obtain an award of punitive damages requires meeting a high standard of willful or wanton negligence or recklessness.

B. Jury Instructions for Employment Discrimination Claims under the NYCHRL

Good trial lawyers will explain that jury instructions are a critical component of a plaintiff’s case. Sometimes one word can mean the difference between winning and losing a trial. Jury instructions explain to the jury how it must determine whether a plaintiff has proven his or her case. The judge takes the law and explains it in a way which can be understood by laypersons. It’s a fine line between using the legalese which the law requires, and using words which non-lawyers can understand and apply. Thus, jury instructions are frought with dispute between parties.

Such a dispute arose in Emamian. There, the University complained that the trial court did not properly explain the necessary legal standard for discrimination to the jury. It argued that the court’s instruction on discrimination failed to explain to the jury that discrimination requires intent. Rockefeller argued that when the court instructed jurors to consider whether the plaintiff “was treated less well than others at least partly because of her race . . .” the instruction did not include the element of intent.

The Second Circuit disagreed. In fact, the Court determined that trial court used language nearly identical to the language set forth by prior Second Circuit precedent requiring the jury to find that the defendants’ conduct included a “discriminatory motive.” The instruction further cautioned the jurors about conduct which would not be considered discriminatory. 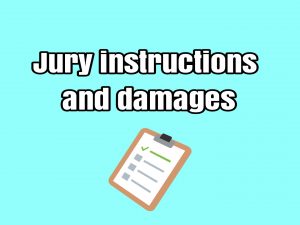