Courts can only hear cases over which they have jurisdiction. For example, a family court could hear a divorce case, but not a breach of contract case. A surrogate’s court in New York can probate a will, but it cannot award damages in a personal injury case. Today’s Long Island employment law blog discusses the jurisdiction of federal courts and a recent appeal’s court decision relating to jurisdiction.

A court’s jurisdiction is generally considered either general or specific. In New York, the Supreme Court (which is actually the lowest level court) is generally a court of general jurisdiction. This means Supreme Courts can hear nearly any type of case. For purposes of efficiency however, the state created other courts of specific jurisdiction. As noted above, family courts, surrogate’s courts, and small claims courts were created to hear specific types of cases so that the Supreme Court can hear other matters without its docket being clogged.

Federal courts are, by the very nature of the Constitution, courts of limited jurisdiction. Since the federal government only has the power to regulate those areas granted by the Constitution and all other areas of regulation and lawmaking are reserved to the states, federal courts cannot hear all types of cases. Generally, federal courts can hear cases in one of two ways, either by diversity jurisdiction or federal question jurisdiction. Diversity jurisdiction exists when the parties live in different states. For example, if Jim lives in New York and Joe lives in New Jersey and Jim was injured in a car accident with Joe, Jim could sue Joe in a federal court. But, if Jim and Joe both live in New York, Jim would have to sue Joe in a New York State Supreme Court.

Oftentimes, a plaintiff will file a lawsuit based on violations of state and federal law. In employment lawsuits, for example, a plaintiff may use federal and state discrimination laws to sue the employer. If there is no diversity jurisdiction, where does the employee file the lawsuit? Since New York State Supreme Court is a court of general jurisdiction, the employee could file his lawsuit there and include the state and federal claims. But, federal courts may also exercise supplemental jurisdiction. When a lawsuits involves federal and state law claims which are related, a plaintiff may file the lawsuit in federal court and the court will have supplemental jurisdiction to hear the state law claims.

This is precisely what happened in Catzin v. Thank You & Good Luck Corp. In Catzin, several employees filed a lawsuit against their employer alleging, among other things, that the employer did not properly pay them their wages. This constitutes a violation of both federal and state laws and, indeed, the plaintiffs filed their lawsuit in federal court using both the federal and state laws available to them.  The case was litigated for two years and was ready for trial. But, just before trial, the plaintiffs notified the court that they would not be pursuing the federal law claims, only the state. Sue sponte (meaning on its own), the court told the parties that it would no longer exercise supplemental jurisdiction and that the state law claims would be dismissed. The court further questioned the plaintiffs’ attorneys’ motivations for filing in federal court with federal claims, suspecting the lawyer did so only to forum shop. The plaintiffs appealed.

On appeal, the Second Circuit determined that the Federal District Court committed three errors in dismissing the case. First, the court erred by dismissing the case without giving the parties notice that it would decide, or an opportunity to be heard on the issue. Next, the appeals court erred by assigning improper motives to the attorney without giving the attorney an opportunity to be heard. Finally, the Second Circuit determined that the court did not adequately weigh the factors designated in the jurisdiction statute. The appellate court found persuasive that the federal court have heard the short trial much more efficiently than sending the case to state court where the parties would have to start all over again.

If you have questions about jurisdiction or where to file a lawsuit, such as an employment discrimination lawsuit, speak to one of our Long Island employment lawyers at 631-352-0050. Our lawyers regularly represent clients in both federal and state courts. 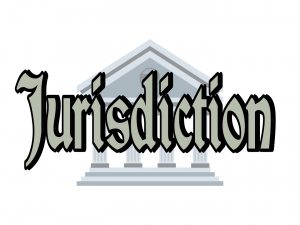