As more states enact legislation legalizing marijuana for medical and/or recreational use, issues concerning employers’ regulation of employees’ marijuana use are on the rise. Can employers regulate an employee’s lawful use of marijuana outside of work? Like most legal questions, the answer is complicated. Today’s Long Island employment law blog discusses a recent New Jersey court’s opinion on the question of medical marijuana use relating to a disability.

New Jersey has enacted the Compassionate Use Act. In brief, the Act is intended to prevent the prosecution of patients and caregivers involved in the use of marijuana to alleviate suffering from medical conditions. The portion of the Act relevant to the New Jersey case also notes that employers are not required to accommodate the medical use of marijuana in the workplace.

In the New Jersey case, Wild v. Carriage Funeral Holdings, Inc., the plaintiff was diagnosed with cancer and was prescribed marijuana as part of his medical treatment. He continued working as a licensed funeral director.

One day, Wild was driving a work vehicle as part of his job when a car ran a stop sign and struck Wild’s vehicle, injuring him. At the hospital, Wild disclosed to the doctor he had a license to possess marijuana, but the doctor determined that Wild was not under the influence so blood tests were not required. The hospital released Wild with a prescription for pain medication and, once home, Wild took the medicine and medical marijuana.

Notwithstanding the doctor’s determinations that Wild was not under the influence and did not require a blood test, the funeral home required that Wild undergo a blood test before returning to work. After some protest noting that marijuana remains in the system for up to 45 days, Wild appeared for a blood test.

Wild returned to work pending results of the test. After a few days, Wild’s supervisor told him that “corporate” couldn’t “handle” his use of marijuana and that he was terminated because of marijuana in his system. Later, the corporate office told Wild he was terminated for failure to disclose use of medication which could adversely impact his ability to do his job safely.

Wild sued, alleging the employer unlawfully terminated him because of his disability of cancer and his lawful use of marijuana to treat the condition. The trial court dismissed the lawsuit finding that the Compassionate Care Act does provide employment protections and based on Wild’s allegations, he was terminated for testing positive for drugs and violating the employer’s drug policy. Wild appealed.

Wild’s case put two New Jersey laws against each other, the state’s anti-discrimination laws verse the medical marijuana law. Initially, the appellate court held that the laws do not conflict, because the marijuana law did not create new employment rights nor diminish existing rights.

So, the appellate court determined that Wild’s case was simply a matter of employment discrimination. In analyzing Wild’s claim under the scheme to review employment disability discrimination claims, the court determined that Wild alleged his employer knew Wild had a disability and needed to continue to treat it. He further alleged that the employer failed to engage with Wild in a “meaningful process” to discuss his disability.

Further, the court ruled that the Compassionate Care Act did not remove from employers, the requirement that they provide accommodations to employees for using medical marijuana outside of the workplace. The court understood that employers are not required to make accommodations to use medical marijuana in the workplace, but outside of work is another story.

If you have questions about medical marijuana use by employees, contact a Long Island disability discrimination lawyer at Famighetti & Weinick, PLLC. Our website is http://linycemploymentlaw.com and our phone number is 631-352-0050. 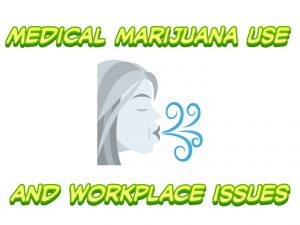 Medical Marijuana Use and Workplace Issues