On March 6, 2020, the United States Court of Appeals for the Second Circuit, in New York, handed a gift to employees.  The Court reviewed issues related to (1) hostile work environment claims and (2) the standard for retaliation claims.  On both issues, the Court’s decision came out highly favorable for employees.  Today’s Long Island employment law blog discusses the decision in Rasmy v. Marriott International, Inc.

Under federal law, a hostile work environment claim must show, among other things, that the employee was subjected to abusive and unwelcome conduct based on the employee’s membership in a protected class.  Further, the conduct must be severe or pervasive such that it altered the terms and conditions of the employee’s employment.  Notably, New York law expressly eliminates the severe or pervasive standard, so that showing is not necessary when suing under state law, but still must be met when suing in New York, but under federal law.  The Rasmy decision addresses the requirements (1) conduct based on the employee’s protected class and (2) the terms and conditions of employment. These points are discussed below.

Courts Must Look at the Totality of the Circumstances

The Second Circuit disagreed with the analysis. Specifically, the Court held that when the same individuals engage in conduct which is overtly discriminatory, but also engage in some neutral abusive conduct, the entire “course of conduct” must be reviewed to analyze the hostile work environment claim.

Further, in Rasmy’s case, he alleged that he overheard discriminatory comments, but that some of these comments were directed specifically at him.  The trial court ruled that such comments are stray remarks and not actionable because they were not directed at him.  The Second Circuit disagreed and held that conduct “purposefully taking place” in the employee’s conduct can support a hostile work environment claim.

The Rasmy trial court determined that although the employee could show pervasive treatment which was offensive, Rasmy could not show his conditions of employment were altered because he did allege he was physically threatened or he could not perform his job.  The Second Circuit ruled that the holding “ignores” the reason Title VII prohibits hostile work environments.

To frame its analysis, the Second Circuit stated a reminder that for hostile work environment claims, courts must consider the conduct’s “overall severity and pervasiveness.”  Further, the Circuit warned that this standard suggests disposition of such claims by a judge is generally not proper, meaning the issues should be decided by a jury.

In Rasmy’s case, the Court determined that the trial court did not credit several pieces of evidence suggesting Rasmy faced sufficiently severe of pervasive conduct, including, possibly being involved in a physical altercation, and that the harassment made him chronically nervous and he regularly cried.

In sum, the Second Circuit determined that Rasmy’s hostile work environment claim should have gone to a jury to decide, instead of being dismissed at summary judgment by a judge.

Retaliation claims use a familiar burden shifting analysis which requires a plaintiff to first establish a prima facie case of retaliation.  The law is well settled that this is a minimal requirement. The prima facie case requires the plaintiff to show (1) she participated in a protected activity; (2) she was subjected to an adverse action; and (3) a causal connection exists between the protected activity and the adverse action. After the prima facie case, the employer can show that the adverse action was taken for legitimate, non-retaliatory purposes.  Then, the employee must show the business reason is pre-text.

In Rasmy, the trial court never reached the burden shifting part of the analysis because it determined that Rasmy did not meet the third element of causation.

A few years ago, the Supreme Court issued a decision (Nassar) which alters the standard for determining causation in Title VII retaliation cases.  Previously, courts used a more lenient “motivating factor” standard.  After Nassar, courts were required to use a more rigorous “but-for” standard.

Moreover, the Second Circuit determined that 5 months elapsing between protected activity and an adverse action can support an inference of retaliation and guided courts to look at factors such as organization and size of the employer, the existence of layers of decision making, and nature of the employer’s claims, to determine whether temporal proximity evidence can support an inference of retaliation.

Finally, the Second Circuit again noted that questions concerning an employer’s motivations are more appropriately decided by a jury, not a judge.

If you have questions about hostile work environment standards, retaliation claims, or the Rasmy decision, contact a Long Island employment lawyer at 631-352-0050. We have more information about discrimination and retaliation cases available on our website at http://linycempoymentlaw.com. 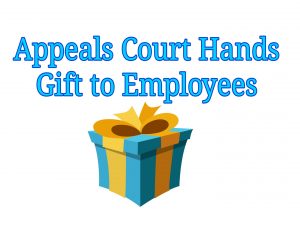