Resign or you will be fired. This ultimatum is often posed to employees. Employees in this position have to weigh many considerations, including the effect of the black mark of a termination, potentially waiving certain rights by resigning, and other effects to employment benefits based on how the separation from employment is categorized.

Sometimes, the decision can be easier for employees. Employees who are at-will or in probationary assignments which can be terminated for any reason, have no job protections. Thus, when an employer delivers the resign or be fired ultimatum, it truly is a threat that the employee will be fired, and the employer may genuinely be offering the employee a benefit of leaving without the scar of a termination on the employee’s record.

Other times, employees enjoy job protections and cannot be fired without a hearing or some level of process. This is particularly true with civil service employees in New York.  It is quite common for municipal employers to offer permanent civil service employees the option of resigning in lieu of a termination hearing. This provides the employee the benefit of leaving without a record of termination (an important benefit for civil service workers) and gives the employer the benefit of certainty of separation. Indeed, when a termination proceeding proceeds in good faith with a neutral decision maker, the outcome of the hearing is not foreseeable for either party.

In Green v. Town of East Haven, the employee worked for a local police department. In sum, the employee was caught “red handed” with property which did not belong to her. In a tote bag, the employee placed a package of Pillsbury buttermilk biscuit dough she found in the office refrigerator and also a wire basket which belonged to the office. She alleged that her intent was to cook the biscuits for her co-workers, since she noticed the package remained unused in the refrigerator for a while and the office did not have an oven. Further, she alleged she was borrowing the basket for a party, and that it was common practice for workers to borrow such items for personal use, but then bring them back.

The employer did not care and took steps to proceed towards a hearing to determine her guilt and proper penalty. Before the hearing, the employee’s union representative advised her to resign, after a meeting with department officials, including the chief of police.  The employee testified that the union representative told her that the chief said that if she didn’t resign, she would almost certainly lose at the hearing.  Accordingly, she resigned, but later sued, alleging she was forced to resign and that the actions taken against her, were taken because of her age, thereby constituting unlawful age discrimination in violation of the ADEA.

The trial court dismissed the case at summary judgment. The court ruled that the employee’s resignation was voluntary, so she could not establish that the department took an adverse employment action against her, a necessary element of her age discrimination claim.

On appeal, the Second Circuit disagreed and reversed. The Circuit held a constructive discharge sufficient to establish an adverse action can be shown when the employee established evidence that as a whole, shows a reasonable person in the employee’s shoes would have felt compelled to resign.

On the facts of the Green case, the Second Circuit further determined that the employee’s case showed questions of fact which require resolution by a jury. Specifically, in Green’s case, a jury had to decide whether she chose to resign “on her own,” or whether she felt compelled to resign to avoid termination.  Indeed, the Second Circuit thought there to be persuasive evidence that the employee had a reasonable belief that her firing was inevitable and the hearing would “almost certainly” result in her termination.

In sum, the Second Circuit believed the trial court improvidently dismissed the case and committed both legal error and an error in interpreting the evidence.

The circumstances in Green are not unfamiliar to the employment lawyers at Famighetti & Weinick PLLC. We regularly counsel employees who are similarly faced with an ultimatum to quit or be fired. If you have questions about similar circumstances, the decision in the Green case, or about coerced resignations or constructive discharges, contact a Long Island employment lawyer at 631-352-0050. 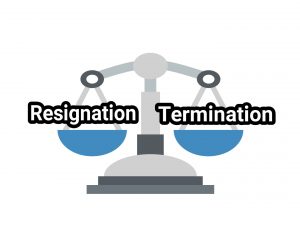