Today’s Long Island employment law blog discusses the primary beneficiary test which is used to determine whether an individual is an employee for purposes of being covered by minimum wage and overtime laws.

As the prevalence of lawsuits concerning improper payment of wages has continued to rise over the past few years, one area of increased litigation is whether unpaid interns are considered employees and are thus entitled to the protections of minimum wage and overtime laws such as the Fair Labor Standards Act (FLSA). The law in this area became clearer after the Second Circuit Court of Appeals considered the Glatt case in 2016.

Glatt and the unpaid intern line of cases typically involve students who perform work for companies to obtain real-life experience in their field of study. For example, law students often take internships with judges or law firms while in law school to gain practical legal experience. Interns may work for the film industry, as they did in the Glatt case, or with financial services companies.

Because employers view interns as working for the benefit of the intern, oftentimes, employers will not pay interns. This became the source of the litigation concerning whether interns are considered employees and are thus protected by workplace laws such as the minimum wage laws like the FLSA.

Though not an intern case, the Second Circuit, April 2020, decided another FLSA case which touches on the same principles as the Glatt/intern cases. In Vaughn v. Phoenix House New York Inc., the plaintiff entered a rehabilitation center as part of a court ordered agreement. Under the agreement, the plaintiff participated in a drug and alcohol rehabilitation program in exchange for avoiding jail time. Initially, the plaintiff was in an inpatient program, but then transferred to an outpatient program.

After violating a condition of the agreement, he was reassigned to an inpatient program and was required to perform work duties. He performed work from April 2011 to January 2012, working 8 hours per day, 6 days per week.The plaintiff alleges he was not paid for his work, in violation of the FLSA and New York Labor Law (NYLL). He asserted other claims, not relevant to this blog.

To review Vaughn’s claim, the appellate court noted the applicable test is the primary beneficiary test. The three “features” of the test are:(1) determining what the intern receives in exchange for the work; (2) examining the economic realities of the relationship; and (3) acknowledging the unique considerations arising from the educational or vocational benefits of the internship.

Specifically, the Second Circuit noted that it has promulgated a list of seven factors which courts should use to evaluate the primary beneficiary test:

No one factor is dispositive and the list of factors is not inclusive of all the considerations a court should look at.

In the Vaughn case, the trial court determined that three factors – one, five, and seven, weighed strongly against finding Vaughn was an employee. Factor six weighed in Vaughn’s favor, but the remaining factors were mixed.

In summarizing, the Second Circuit believed the plaintiff obtained “significant benefits” from working at the rehab center. Notably, he was given food and shelter, therapy, and training, while avoiding jail time. Accordingly, the Second Circuit affirmed the trial court’s ruling that Vaughn was not an employee.

Many employers are not informed of the evolving laws concerning unpaid interns. Employers continue to believe that unpaid interns can be used as an unpaid workforce. If you are participating in an internship and are unsure whether you are entitled to minimum wage and overtime pay, contact a Long Island wage and hour employment lawyer at Famighetti & Weinick PLLC. Violations for improperly paying employees in New York can entitle workers to actual damages, liquidated damages, statutory damages, and attorneys fees. 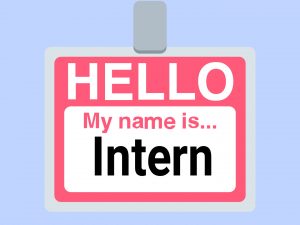