Matthew Weinick is an employment lawyer on Long Island, New York. Matt is a litigator who is not afraid of the courtroom and since the beginning of his career, he has been fighting for his clients’ rights before Federal and State Court judges and administrative law judges. He has tried employment discrimination and retaliation cases before juries in Federal Court, represents clients at mediation and arbitration, has argued appeals before the Second Circuit Court of Appeals and the New York Appellate Divisions, First and Second Departments, and has submitted briefing to the Supreme Court of the United States.

Matt has been recognized by Super Lawyers magazine which listed him in 2019, 2020, and 2021, after being listed as a Rising Star for the previous six years. A United States Magistrate Judge has described Matt as an “experienced attorney… primarily in employment litigation.” The Judge further commented that Matt’s court submissions were “detailed, thorough, and accurate.”

In addition to employment cases, Matt is experienced in handling other complex litigation matters. For example, Matt represented a beneficiary in a dispute related to the administration of the estate of the “godfather of rap,” he represented a party in a lawsuit arising, in part, from the investment in and subsequent bankruptcy of a large Las Vegas casino/hotel, and he defended the owner of an automobile dealership in a lawsuit contesting the rightful ownership of the business. Matt has been interviewed by various media outlets for his newsworthy cases as well as about trending employment law topics.

Matt not only serves his clients, but he serves the legal community, as well. He has published articles in the Nassau County Bar Association’s newspaper about employment law, he has taught continuing legal education classes about employment law, and he instructed a course at Hofstra Law School, which appointed Matt as a Guest Lecturer from 2016 through 2018. Matt is frequently called upon by other lawyers for strategic or legal advice and he was hired by another law firm specifically to argue an appeal at the Appellate Division, Second Department.  In 2020 and 2021, Matt was appointed Chairperson of the Nassau County Bar Association's Labor and Employment Law committee, after serving two years as Vice-Chairperson.

Matt has been trained as a mediator by the NY Peace Institute. He completed an intense hands-on, interactive training in alternative dispute resolution and conflict resolution and has been trained by the United States District Court E.D.N.Y. to specifically mediate cases filed in federal court. Matt is available to serve as a neutral mediator. For more information, visit our mediation services page.

Before partnering with Pete, Matt was a senior associate at a preeminent Long Island employment discrimination firm where he was trusted with his own caseload and was frequently assigned to work on the firm’s most complex matters. Matt also served as a Nassau County Deputy County Attorney, representing the County and its employees in civil rights actions.

Matt lives with his wife, Amy. Matt is a certified advanced open water diver and has explored exotic destinations such as the Meso-American reef system off the island of Cozumel, the Catalina Islands in Costa Rica, and Phi Phi island in Thailand. Matt and Amy enjoy music and they frequent concerts and music festivals together. When not in the office, Matt can often be found with his stratocaster guitar in hand, learning his favorite songs. Matt has proudly served his community as a volunteer firefighter and/or EMT for decades. 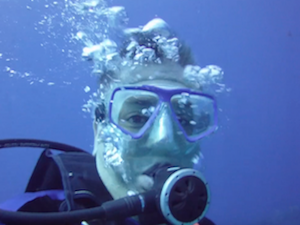 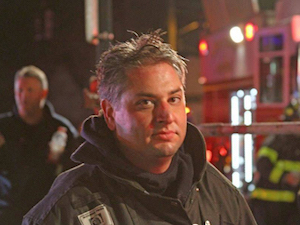