Famighetti & Weinick PLLC are Long Island retaliation lawyers. Our lawyers are experienced in representing employees who have been retaliated against by their employers.

Laws in New York prohibit employers from retaliating against employees who complain about workplace discrimination, who oppose discriminatory practices in the workplace, or who participate in investigations relating to discrimination. Yet, according to the Equal Employment Opportunity Commission or EEOC, retaliation claims have been steadily increasing as a percentage of all claims filed with the EEOC since 1997. In 2017, retaliation charges accounted for 48.8% of all EEOC charge. In other words, nearly half of the charges filed with the EEOC related to retaliation in 2017. During the same period, overall EEOC filings have fluctuated. 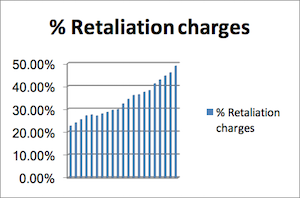 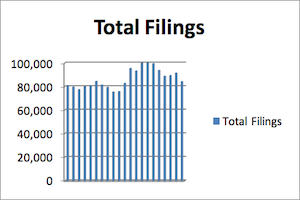 On the federal level, Title VII, the Americans with Disabilities Act, and the Age Discrimination in Employment Act, among other laws, all prohibit employers from retaliating against employees who complain about or oppose employment discrimination. In addition, the Fair Labor Standards Act and the Family Medical Leave Act have retaliation provisions. The New York State Human Rights Law and the New York City Human Rights have similar prohibitions against retaliation in the workplace.

Workplace retaliation can take many forms. The law defines retaliation as an action taken by an employer which would dissuade a similarly situated employee from complaining about discrimination. Practically speaking, retaliation can be a demotion, an unfavorable transfer, withholding pay, or failing to promote an employee. These are just a few examples of retaliation in the workplace.

Practice Areas
Long Island Employment Law Blog - Retaliation
Client Reviews
★★★★★
From my personal experience, Matthew Weinick has always managed to go above and beyond as an attorney. While handling my case, he was very professional, supportive and reassuring. It was easy to see his devotion in bringing me justice from day one. I saw how invested he was which motivated me to take the stand and fight for my rights. I am extremely grateful that he agreed to take on my case and I could not have asked for better legal representation or consult. Ariel Kaygisiz
★★★★★
Very grateful for all the hard work! Mr. Famighetti did an amazing job. He was very knowledgeable and I was always kept up to date on the details of our matter. I appreciate the attentiveness and the time taken to explain each step and answer any questions I had during the process. I would absolutely recommend Mr. Famighetti and his firm Famighetti & Weinick to anyone. Danielle
★★★★★
Matt Weinick is an excellent attorney. With his assistance I was able to get exonerated from false allegations against me. Sara
★★★★★
Mr. Weinick is the utmost professional. I called him for help with an employment issue and I was in his office the next day for a free, almost hour long, consultation. I ultimately retained him for his services and his professionalism continued, he is extremely talented and well versed in employment law and he answers emails immediately, he even emailed me a few times to check on how things were progressing. I cannot thank Mr. Weinick enough for his help, and I wouldn't hesitate to call him again if necessary. Hopefully there will be no need, but in today's employment landscape you never know. Thanks again. Tom Orlik
View More
Submit a Law Firm Client Review