As we predicted when the order issued on September 15, 2021, Justice Laurence Love has lifted an order he issued which would have blocked a New York City Vaccine Mandate from taking effect. Last week, the court issued a temporary restraining order prohibiting a New York City law from taking effect which would have required City DOE employees, and others, to take the Covid-19 vaccine.

The September 15 order was issued without the Court having heard from New York City. Further, the order seemed to conflict with existing law concerning vaccine mandates. Thus, we opined that the order would not remain in effect very long.

Indeed, on September 22, 2021, the judge lifted order. In a written decision, Justice Love noted that he understands that many people have objections to the vaccine, whether it be based on religious grounds, medical reasons, or other personal beliefs. He further acknowledged that DOE employees have already persevered through working on the front lines of the crisis.

In considering the Unions’ remaining arguments — that the mandate violates the Fourteenth Amendment’s right to substantive due process — the Court quickly dismissed those arguments. The Court looked back to the 1905 Supreme Court (which we have blogged about extensively), which upheld a state mandating small pox vaccinations for its citizens. The Court determined that the ruling remains good law and that federal and state courts continue to rely on the 1905 case in upholding a variety of vaccine mandates.

Moreover, in deciding whether it is appropriate to continue a block of the law while the case is ultimately decided, Justice Love found that the petitioners could not show they will be irreparable harmed by the order. Money damages are available to employees who are unlawfully terminated from jobs. Moreover, balancing of the equities tips in favor of the City because the public health concerns at issue, outweigh the concerns of the unions.

In sum, we are not surprised by this decision. The 1905 Supreme Court case concerning vaccines continues to persuade courts that mandatory vaccines requirements do not offend the Constitution. Unless and until the Supreme Court holds otherwise, we expect Courts to continue to rely on this precedent to uphold vaccine mandates.

As always, we encourage readers to contact us if you have questions about your specific situation concerning a vaccine mandate. This blog is not legal advice, but is merely informational. For Covid-19 vaccine mandate questions, please call our office at 631-352-0050. 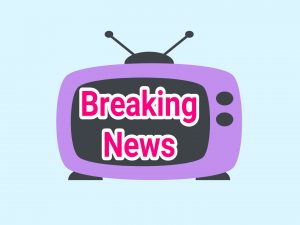