Earlier this month, we wrote about the intersection of medical marijuana use and employment discrimination laws.  Based, in part, on this conflict, the New York City Council passed a law which would prohibit New York City employers from testing prospective employees for marijuana as part of the employer’s pre-hiring procedures. Today’s Long Island employment law blog discusses this new law.

In 2014, New York State passed the Compassionate Care Act which legalized marijuana for medical use. In early April 2014, we blogged about the complications which can arise when an employee lawfully uses medical marijuana, but the employer tests employees for marijuana use. A New Jersey court ruled that an employer may have engaged in disability discrimination when the employer terminated the employee after he tested positive for marijuana, which he used to treat a medical condition.

The New York City Council acknowledged that New York City residents may lawfully use marijuana to treat medical conditions. It further concluded that at least 34 states across the country allow citizens to use marijuana either for recreational and/or medical purposes. The Council determined that it would be unjust to allow New York City employers to test employees for the presence of marijuana, when the employee may have used it legally.

Further, the Council was concerned that marijuana may remain detectable in the body for up to 30 days, so it would be unjust to punish an employee who may have lawfully used marijuana days or weeks before being tested. Indeed, the Council was particularly troubled that marijuana drug testing is imprecise and complicated. The Council found that a person can test positive even though the person is not impaired at the moment of testing.

Based on these findings, the Council enacted a law which prohibits employers, employment agencies, and labor organizations from testing prospective employees for marijuana as part of the pre-employment hiring procedures and making such testing a condition of employment.

Notably, the law contains several exemptions. For example, jobs involving the care or supervision of children or which require a commercial drivers license are exempted. Additionally, police officers and other positions relating to public safety are exempted. The law also does not apply to positions regulated by federal law which require drug testing or to valid collective bargaining agreements which address drug testing.

The law considers violations of the act to be an unlawful discriminatory practice. Victims of improper practices may bring prosecute the discrimination with the New York City Commission of Human Rights.

Marijuana use will continue to be an emerging area of employment law as its legal use continues to expand but while employers remain concerned about employees’ use of marijuana and potential impacts to workplaces. If you have a question about marijuana testing, medical marijuana use and workplace concerns, or other questions about employment discrimination contact a Long Island employment lawyer at Famighetti & Weinick, PLLC. Our discrimination attorneys are available 631-352-0050 and our website is at http://linycemploymentlaw.com. Follow us on Facebook or Linkedin to receive notifications about our latest employment law blogs. 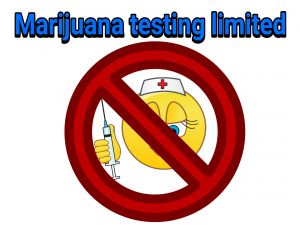