Generally speaking, New York employees are considered at-will, meaning employers can fire employees for any reason or no reason, as long as the reason is not otherwise illegal. This rule gives employers broad discretion in deciding whether to terminate an employee.

Like most rules of law, there are plenty of exceptions.  For example, an employer make employment decisions based on its good faith belief that the decision is based on an established substance abuse program or policy. Further, if the decision is based on an employee’s illegal conduct or because of poor performance, the employment action may be legal.  The employer may also take action against an employee if the employee’s conduct implicates issues related to the employer’s trade secrets or otherwise proprietary information.

As noted, 201-d is riddled with exceptions. Employees who believe they were terminated for engaging in activities outside the workplace should consult with an experienced Long Island employment lawyer. At Famighetti & Weinick, PLLC we offer free confidential case evaluations.  Our Long Island employment attorneys can review the facts of each individual case to determine whether there may be a violation of 201-d.

If an employee has been terminated in violation of 201-d, the employee may file a lawsuit to recover damages.  To discuss a wrongful termination lawsuit, talk to a Long Island employment lawyer at 631-352-0050. 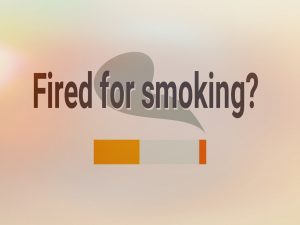