Long Island employment lawyer Peter Famighetti has won a ruling on a threshold issue concerning an arbitration for a faculty member of Nassau Community College. Famighetti represents a college professor in a dispute related to the professor’s bid to become chairperson of his department. The professor alleged the teachers’ collective bargaining agreement was violated during the election process and ultimately filed a grievance to challenge the election process. Today’s Long Island employment law blog discuss what happened next in the grievance process.

On the substantive arbitrability question, the arbitrator held that the issue concerns a point of law called collateral estoppel. Collateral estoppel means that a party cannot re-litigate an issue which has already been decided in another proceeding. In ruling on this argument, the arbitrator determined that the professor’s issues raised in his grievance were not decided in a previous matter. The arbitrator determined that the professor challenged the results of a second election for department chair. The previous grievance filed by another candidate challenged was whether the department was required to hold a meeting concerning the dispute about the election. Thus, the issues were not identical and the substantive arbitrability argument was rejected.

In sum, Famighetti defeated an employer’s attempt to have his client’s arbitration dismissed. Famighetti presented evidence at a hearing, then submitted written arguments detailing the reasons that the college’s bases for dismissal were improper. Ultimately, the neutral arbitrator agreed with Famighetti and ruled in favor of his client, the employee, who will now have his “day in court.” Next, the case will be scheduled for further hearing dates so the arbitrator can rule on the merits of the case.

If you have questions about arbitration or union grievances, contact a Long Island employment lawyer at 631-352-0050. More information is available on our website at http://linycemploymentlaw.com. 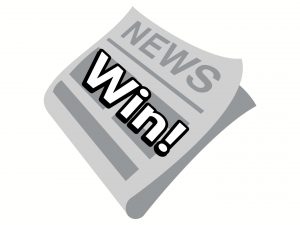 Firm Wins Arbitration Ruling, Case to Proceed on the Merits