When two legal rights collide, how does the court pick a side? The United States Supreme Court’s ruling on June 4, 2018, in Masterpiece Cakeshop Ltd. v. Colorado Civil Rights Commission, made it clear that it is not an easy decision. Today’s Long Island civil rights blog discusses whether a baker can rightfully turn down a gay couple’s request to design their wedding cake if the baker’s religion does not accept gay marriage.

Freedom of speech and religion are two important civil liberties protected under the First Amendment to the United States Constitution. Freedom of speech extends to both traditional verbal speech, and expressive conduct also known as symbolic speech. Burning a flag and wearing a t-shirt opposing a political leader are two examples of symbolic speech.

Conduct remains at the heart of symbolic speech claims. Thoughts, ideas, and opinions are powerful and courts have decided to protect them in certain scenarios. However, the conduct’s offensiveness or irrationality can never be taken into consideration when deciding whether or not the conduct deserves First Amendment protection.

In Cakeshop, David Mullins and Charlie Craig, a gay couple, were searching for a cake for their upcoming wedding ceremony and ended up in a Colorado bakery, Masterpiece Cakeshop. Much to their dismay, the baker, Jack Phillips, turned down the couple’s request to design their cake.

The baker told the couple he could not design their wedding cake because he was a devout Christian and his religion opposed gay-marriage. He did, however, tell the couple that they could purchase any other wedding cake as long as it did not include his own designs.

Baffled and humiliated, the couple filed a discrimination charge, also known as a complaint, with the Colorado Civil Rights Commission. The couple alleged that the Baker’s actions violated Colorado’s Anti-Discrimination Act (CADA), which prohibits “discrimination based on sexual orientation in a ‘place of business engaged in any sales to the public and any place offering services to the public.’”

Phillip’s argued that forcing him to design a cake for a ceremony he opposes on religious grounds, would force him to engage in religious activity that went entirely against his religious beliefs and would therefore, violate his First Amendment right to freedom of religion. The Colorado Civil Rights Commission, Colorado State courts, and the Colorado Court of Appeals were not convinced.

The legal battle resulted in the U.S. Supreme Court reversing the lower courts’ opinion and, in a 7-2 decision led by Justice Kennedy, ruled in favor of the baker.

The Court focused on the way the Colorado Civil Rights Commission had unfairly handled the case. Specifically, the Court was concerned that the Commission’s decision was tainted based on its distastefulness of religion.

Justice Kennedy elaborated that on multiple occasions, inappropriate religious comments were made by at least one of the commissioners. For example at one point a commissioner stated, “Phillips can believe ‘what he wants to believe,’ but cannot act on his religious beliefs ‘if he decides to do business in the state.’” During a second meeting, one of the commissioners described an individual’s religion as “one of the most despicable pieces of rhetoric that people can use.” In fact, Justice Kennedy’s majority opinion also noted that the commissioner “even went so far as to compare Phillips’ invocation of his [religion] to defenses of slavery and the Holocaust.”

While the Cakeshop decision is not quite a victory for gay-rights, Justice Kennedy did raise several points that cannot be overlooked. First, he wrote, “[o]ur society has come to the recognition that gay persons and gay couples cannot be treated as social outcasts or as inferior in dignity and worth. . . . The exercise of their freedom on terms equal to others must be given great weight and respect by the courts.”

He later stated that Colorado’s anti-discrimination law was, “a law that protects discrimination on the basis of religion as well as sexual orientation.” At the end, and while admitting that the public had to unfortunately sit back and wait for further clarification, the Court made an important statement that could influence future court decisions. Justice Kennedy wrote that in the future, “[t]hese disputes must be resolved with tolerance, without undue disrespect to sincere religious beliefs, and without subjecting gay persons to indignities when they seek goods and services in an open market.”

In sum, the U.S Supreme Court may have answered the underlying question, but it left us with an even bigger question: how does this case affect gay rights? No matter the interpretation, the fact remains that speculating the outcomes of future decisions is all we can do for now – or at least until the U.S. Supreme Court clarifies.

Although one legal right should not trump another equally important right, one argument is nevertheless going to persevere in a court of law. Choosing the right attorney could be the beginning to a different ending. 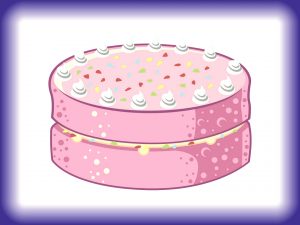