2. Does Title VII Prohibit Discrimination Based on Sexual Orientation or Transgender Status?

Federal courts, interpreting Title VII, had long ago determined that Title VII does not include protections for employees’ sexual orientation. As the issue evolved, several courts, including New York’s federal appellate court, revisited the issue and reversed prior decisions. New York’s Second Circuit decided that Title VII indeed prohibits discrimination based on sexual orientation. That case, and another, made it to the Supreme Court.

The Court’s decision will likely hinge on one of two points. Will the Justices rely on the meaning of the word “sex”, or will the Justices look towards Congress’s intent in passing Title VII.  The Justices questions at oral argument suggested that the decision may fall predictably along ideological lines, with the ultimate outcome hinging on one or two conservative leaning Justices who seemed to be on the fence.

In New York, the decision will not have a major impact on workplace protections because New York’s discrimination law specifically protect sexual orientation. But the decision will have symbolic implications and will also extend protections to areas of the country where sexual orientation discrimination is not prohibited by state law. This controversial decision will likely not be delivered until the end of the Court’s term in June. We’ll be following developments closely.

If you want to learn more about New York’s sexual harassment training requirements, or the Supreme Court cases concerning sexual orientation and transgender discrimination, contact Famighetti & Weinick PLLC at 631-352-0050. You can also read more about these issues on our employment law available at https://www.linycemploymentlaw.com/blog. 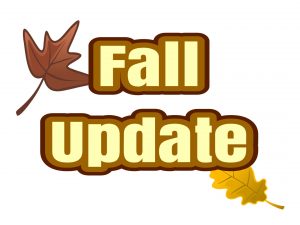