Unpaid wage and overtime claims are on the rise across New York. There is no question that companies can be legally on the hook for lawsuits alleging the business did not pay its employees properly. But, can corporate shareholders and owners be personally liable, also? Today’s Long Island employment law blog discusses this issue, including a recent decision from New York’s federal appellate court.

The New York Labor Law (NYLL) and the federal Fair Labor Standards Act (FLSA) both require that employers pay minimum wage and overtime to non-exempt employees. But, who is an employer? Is it just the corporation or can individuals also be considered employers. In the Second Circuit Court of Appeals case, Tapia v. Blch 3d Ave., LLC, the court revisited this question.

In Tapia, the plaintiffs alleged, among other things, that the defendants failed to pay overtime, minimum wage, spread of hours pay, and that they failed to provide wage statements to the employees. After a trial, the District Court judge found in favor of the plaintiffs on all the counts. In addition to a corporation, two individual defendants who owned the corporation were also named as defendants.  The District Court determined that one defendant, Ajit Bains, was personally liable, but that another individual defendant, Satinder Sharma, was not liable. The plaintiff appealed that decision.

The FLSA and NYLL create liability for unpaid wages against an employer who violates the wage laws. An employer can be an individual and/or a corporation. To determine whether an individual is an employer within the meaning of the statute, courts look at whether the person possessed “operational control” relating to the plaintiff’s employment. Operational control, in turn, means whether the person’s role in the company entails affecting the conditions of the plaintiffs’ employment.

Applying the factors to the Tapia case, the Court determined that only the fourth factor weighed slightly in favor of finding Sharma an employer. But, the court held that no one factor is dispositive alone so it did not find error in the District Court’s decision.

The Tapia case also touched on another important point of unpaid wage and overtime claims. The FLSA and NYLL allow wronged employees to recover liquidated damages. In other words, employees who establish that a defendant did not pay proper wages or overtime, may recover those unpaid wages, but then may also recover an additional amount as further damages. The Tapia plaintiff tried to argue that he could recover liquidated damages under both the NYLL and the FLSA. The Second Circuit reminded the plaintiff that it recently held that liquidated damages may be recovered under only one of the statutes based on similar conduct.

Employers who do not pay proper minimum wage or overtime are playing with fire. Wage and overtime lawsuits can be crippling because of the liquidated damages and liable employers must also pay plaintiffs’ attorneys fees. Further, improper wage payment practices are typically not isolated incidents, meaning employers usually use the improper practice across many employees. This leads to class action lawsuits in which damages can quickly pile up. The Tapia case is reminder that corporate shareholders and owners cannot hide behind the corporate veil. Individuals who participate in employment decision can be personally liable as employers.

If you have questions about the FLSA, NYLL, minimum wage, overtime, or the potential personal liability of shareholders, contact a Long Island employment lawyer at 631-352-0050 or visit Famighetti & Weinick PLLC’s website at http://linycemploymentlaw.com. 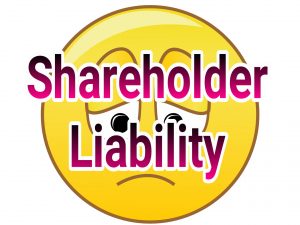